After 15 years, Yuvraj Singh showed the world his 6 sixes, with his new born baby partner!! 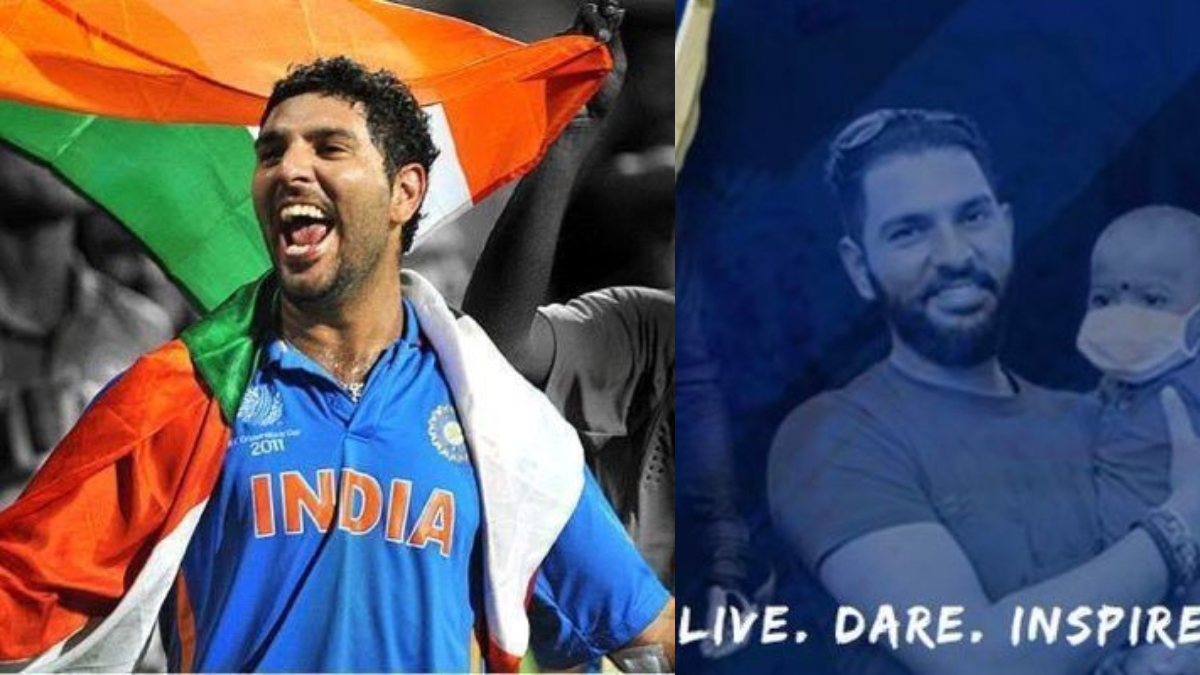 It was 15 years ago to the day. Former India all-rounder Yuvraj Singh hits six sixes in an over off England pacer Stuart Broad during the inaugural ICC T20 World Cup on September 19, 2007.

Over the years, many cricket fans across the world have watched that extraordinary sporting feat time and again on social media platforms to enjoy Yuvraj’s scintillating, and mostly effortless, hitting.

Former India cricket star Yuvraj Singh, who is remembered for his epic six sixes during the 2007 T20 World Cup, on Monday posted a video of him sitting with his 8-month-old son Orion Keech Singh in his lap and watching the historic feat on its 15th anniversary. “Couldn’t have found a better partner to watch this together with after 15 years,” wrote Yuvraj with the video posted on his social media handles.

Orion is the first child of Yuvraj Singh and his wife Hazel Keech. The couple welcomed their first child in January this year.

The left-handed Yuvraj gave the cricket world an experience to remember when he avenged a sledge from England’s Andrew Flintoff by hitting Stuart Broad for six consecutive sixes.

On September 19, 2007 at Kingsmead, he hit six sixes in an over off Stuart Broad. Batting first, India scored 218 runs in 20 overs. Gambhir and Sehwag started with a bang and both managed to score half-centuries. Just before Broad’s over, Yuvraj hit two consecutive boundaries off Andrew Flintoff and they had a verbal spat. After heated talks, Stuart Broad had to bear the brunt and he was hit for six sixes in an over by Yuvi. He took only 12 balls to make his fifty. His fifty was the fastest in the history of the shortest format.

In 2019, Yuvraj retired from all forms of cricket. Yuvraj played 304 ODIs, 58 T20s and 40 Tests in his international career. He played crucial roles in both the 2007 T20 World Cup victory and the 2011 ODI World Cup victory, in which he was named Man of the Tournament for his all-round contribution of 362 runs and 15 wickets.

As a journalist, I am never afraid of exposing the truth. I investigate, collect and present information as a news story. It is very satisfying on providing information to others.